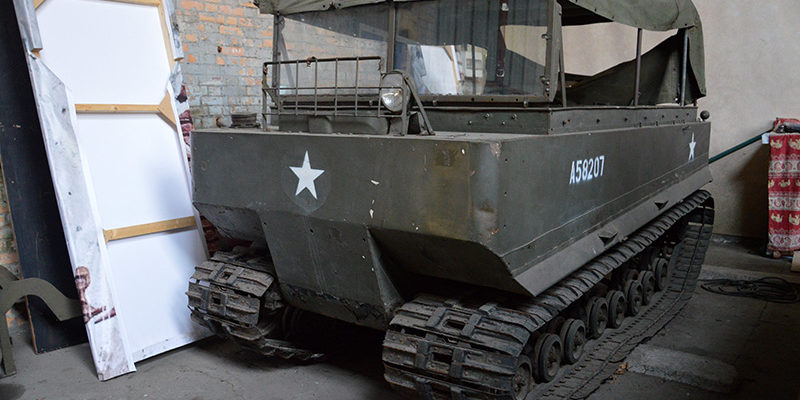 The M29 Weasel is a tracked vehicle built by Studebaker in the South Bend plant (Indiana).  Between the summer 1943 and the summer 1945, 15,000 units have been manufactured.

The idea for the Weasel came from the work of British inventor Geoffrey Pyke in support of his proposals to attack Axis forces and industrial installations in Norway. Pyke’s plan to hamper the German atomic weapons development became Project Plough for which he proposed a fast light mechanised device that would transport small groups of commando troops of the 1st Special Service Force across snow. In active service in Europe, Weasels were used to supply frontline troops over difficult ground when wheeled vehicles were immobilised.

The first version M28, (originally T15) had the engine at rear and front-sprocket drive. It wassuperseded in 1943 by the M29 (T24) with engine at right front, driving axle at rear and other modifications

The first 2,103 vehicles had 15 in (380 mm) tracks, a later version had 20 in (510 mm) tracks. The M29 was amphibious, but with a very low freeboard; the M29C Water Weasel was the amphibious version, with buoyancy cells in the bow and stern as well as twin rudders.

Some Weasel ended their careers with American, Australian or French polar expeditions. French Polar expeditions (Paul-Emile Victor) used about 50 Weasel, mainly M29C version, from the late 1940s to the beginning of the 1990’s, either in Arctic (Greenland) or Antarctica (mainly Terre Adélie). They served as a model for the design of a French updated version, the Hotchkiss HB40, nicknamed “Beaver” and implemented from 1967. 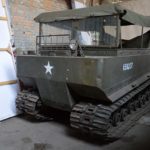 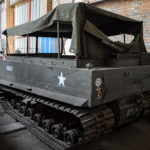 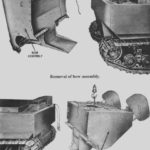 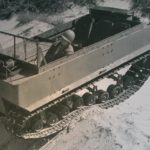 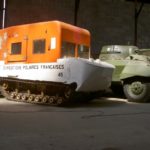