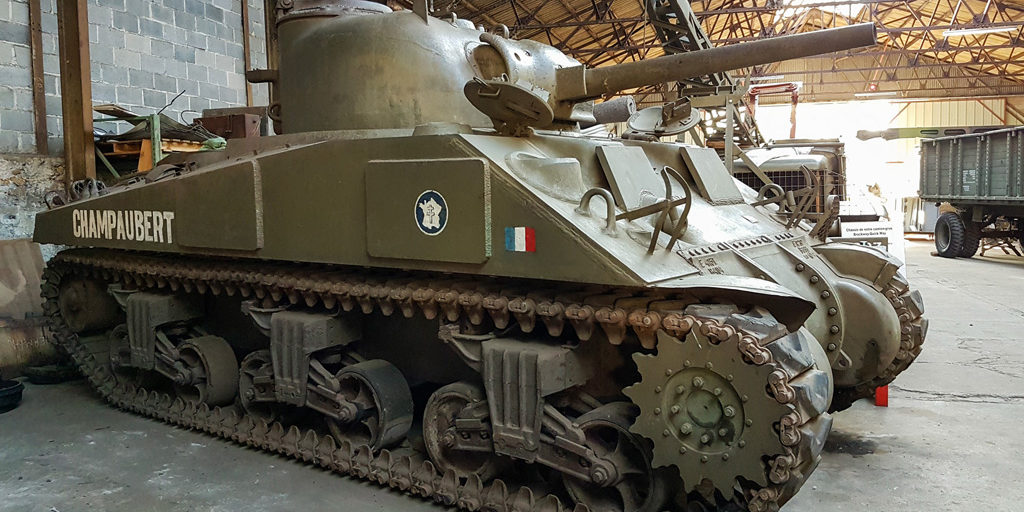 One of many versions of the Sherman tank, the M4A4 was manufactured by Chrysler Corp. and originally equipped with the “Multibank” engine, the reference of the tank changed post War in the French Army for M4A4 T (T for “transformé”) because it was motorized with a 9-cylinder Continental R-975 C4 radial engine .

The Multibank A57 was born out of the necessity for a rear-mounted tank engine to be developed and produced, in the shortest time possible. In order to use existing tooling, five Chrysler 250.6 cu in (4.1 L) (bore 3.4375in or 87 m, stroke 4.5in or 114mm) L-head inline six cylinder engines were arranged around a central shaft, producing a unique 30-cylinder 21-litre (1,253 cu in) engine in a relatively compact but heavy package. The crankshafts were fitted with gears, which drove a sun gear arrangement.

The engine installed in our Sherman tank is derived from the Wright R-975 Whirlwind which was a series of nine-cylinder air-cooled radial aircraft engines built by the Wright Aeronautical division of Curtiss-Wright. During World War II, Continental Motors built the R-975 under license as a powerplant for Allied tanks and other armored vehicles.

This particular tank in our collection is awaiting restauration and was given the name “Champaubert” in remembering of a historical tank : Champaubert, Montmirail and Romilly were the first Sherman tanks of General Leclerc 2nd Armored Division to enter Paris, August 24, 1944. The Champaubert was the first to reach the Hôtel de Ville (the Town House), August 24, 1944. Unfortunately the Champaubert has been destroyed during an attack carried out with another M4A4, the “Montmirail“, along a forest road in Anglemont in the foothills of the Vosges mountains on October 2, 1944. Four of the five crew members were killed, the fifth was seriously wounded. 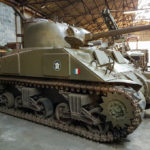 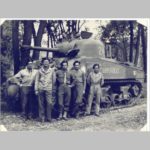