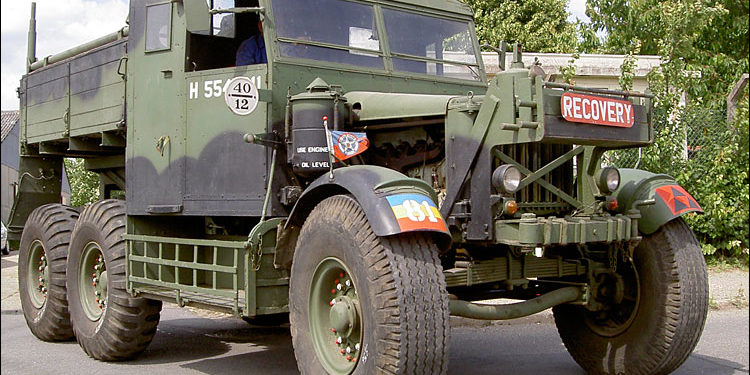 This English manufacturer was set up by George Scammell at the turn of the twentieth century. The company has always been innovative and mostly centered on special vehicles. Thus in 1926 Scammell filed a patent for the first self-supporting tanker trailer without any chassis. In 1927 Scammell produced the prototype Pioneer, a 6×4 tractor originally developed for the oil and forestry industries. It will be used extensively during World War II first as an artillery tractor, then as heavy wrecker, and in a later version as a tank transporter. It was then combined with a semi-trailer.

Although being only a 6×4, the combination of its suspension wide clearance with a slow high-torque diesel engine gave the Scammell excellent performance in rough terrain. It had an impressive traction capability that resulted in a long civil career in heavy haulage.

First version : artillery tractor, starting in 1935, 980 were produced.  This was the Pioneer R100.  The typical use at the start of the war was pulling medium artillery pièces like the Howitzer type 6″-60lb and the 4.5″ gun, that until the AEC Matador was produced in sufficient numbers to take over. The Scammell was also used for pulling heavy items: 6″ gun, 8″ Howitzer, 155 mm Long Tom gun able to send shells of 100lb (45kg) at 22km. The Long Tom in working ordrer weighed about 31,000 lb (14 tons). This version of the Scammell had a long cab to transport the servants of the gun. Unfortunately, many of these tractors were lost in France during the evacuation of the British Expeditionary Force in 1940. From 1943 on it was replaced by the Albion CX22S which looked pretty much like the Scammell, but the chassis and a longer hood gave it a more conventional truck aspect.

Second version “heavy recovery vehicle”, starting in 1936, 1,975 were produced.  The first 43 vehicles delivered were called Pioneer SV1S and Pioneer SV1T, all equipped with a folding crane boom of 3 tons capacity and side lockers for the storage of equipment. The folding boom reduced the height of the vehicle during transport by rail in particular, but its handling was complex and difficult. Almost all were lost during the evacuation of the British Expeditionary Force in June 1940. In 1938 the Pioneer SV2S model was proposed with a new design for the boom, more efficient and allowing greater lifting height. A removable counter-weight in front of the vehicle was intended to balance the load when a vehicle was towed. The equipment of the vehicle included a pair of tracks stored in the big baskets on each side of the cab.  They transformed the vehicle into a half-track. The last Scammell Pioneer were not reformed by the British Army before 1980.

Third version, “tank transporter”, starting in 1937, 459 Produced.  The first one had a 20 tons capacity and were designated Pioneer TRCU20. It was equipped with a long chassis such that the cab could accommodate the crew of the tank and was equipped with larger wheels than the prime mover. Its capacity was increased to 30 tons (TRMU30 tractor and trailer TRCU30). The trailer was associated almost permanently to the tractor.  It did not uncouple as  modern trucks does. This arrangement proved too high, especially for the transport of US tanks. That is why it was replaced by the US produced M19 consisting of a Diamond T 980/981 pulling a Rogers Co trailer.

The end of Scammell

Scammell was merged with Leyland Motors Ltd in 1955 but kept its name.

In 1986 Leyland was bought by the Dutch company DAF that sold the manufacturing rights for some types of vehicles to Alvis Unipower, but without the right to use the name Scammell. It is thus in 1986 that Scammell really disappeared. 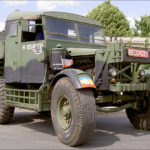 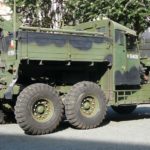 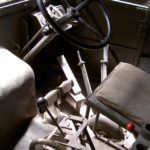 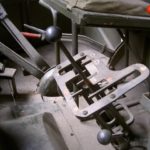 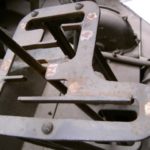 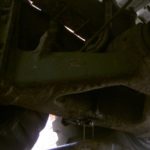 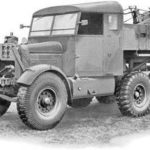 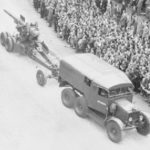