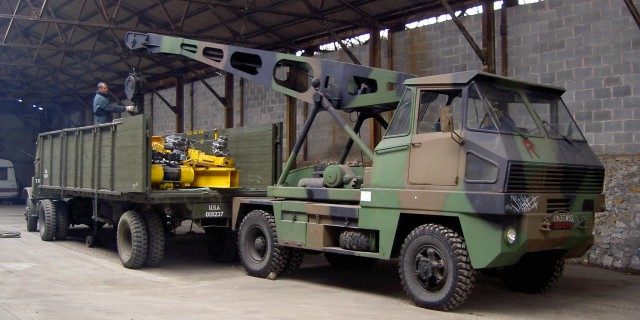 The Griffet company that was based in Marseilles, South of France, filed its first patent for an electric crane in 1942. Gradually its range has expanded and they have designed and marketed 36 different models to its demise in the early 80s. Their main customers were the railway yards and the Army for which 4×4 and 6×6 models were developed.

Our workshop crane is from 1964. It comes from the French Army and is typical of Griffet productions:

– Reversible driving position (a “road” position and, when rotating the seat 180°, a “crane operation” position).

Weighing 38,600 lb (17.5t), it has a maximum lifting capacity of 17,600 lb (8t). Pneumatically operated blockers are used to prohibit the suspension travel for greater stability.

Probably stored outdoors as a”reserve”, some water found its way in the generator which ended up being shorted. Its restoration, rewound by a professional, was a rare opportunity to see the heart of the machine.

It is not a historical vehicles like the other ones in our fleet. Without armor or weapons it may seem even less attractive. However, it has more than 50 years and also let us remember that an army that does not consist only of combat units: an army without logistics is not going very far. And it helps us a lot in our restorations!

Griffet in action while putting tracks on our Sherman tank : 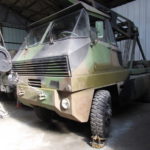 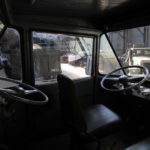 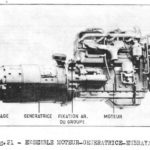 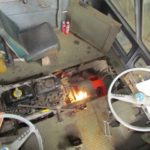 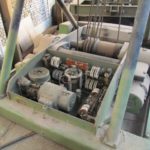 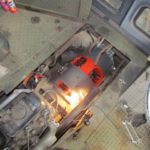 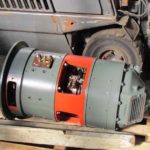 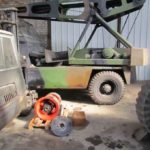 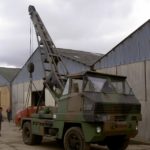 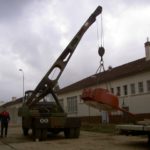 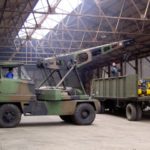 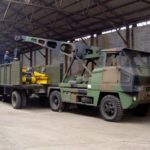 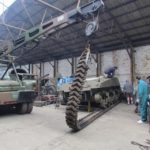 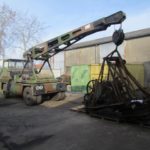