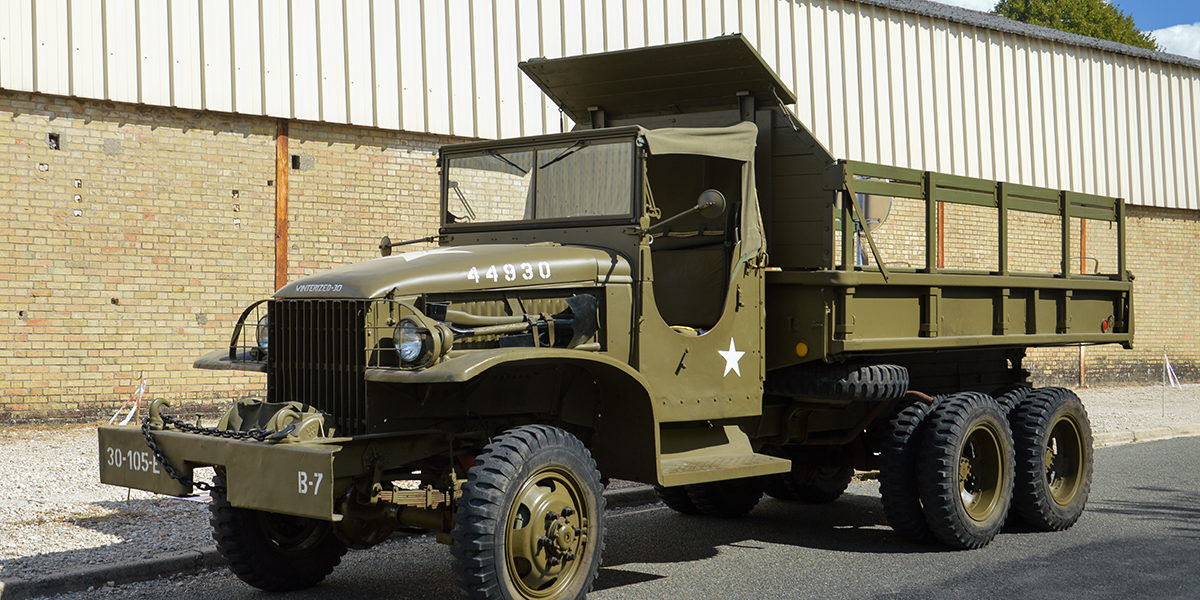 Our tippertruck is the result of 3 years of restoration, starting from a wreck. 48,356 units of this version were manufactured, only few remain today, making it a quite rare model. Originally designed for transportation and unloading of large inflated boats used for the building of temporary bridges, the military engineers quickly transformed it as a cheap tipper truck since it was manufactured in great numbers. But due to the original design based on a long wheel base model, the capacity of the dump body made the weight too heavy for the truck. Hence the curious hinged partition that splits the dump body in two parts when raised. When this hinged partition is horizontal, the dump body is a conventional cargo body. When raised and locked in place, it limits the loading area, thus the weight. It also limits, like the elevation of the center of gravity when lifting the dump body. Not originally designed as a truck for the military engineers, all the CCKW 353 H1 were equipped with split type axles more fragile than banjo type axles. The truck was often used for airfield construction and for rubble removal in the bombed cities.

The hydraulic pump and the distributor are incorporated into the hydraulic cylinder body, thus avoiding any hydraulic hose. This way, the dump body can very easily be removed and replaced by any other standard GMC CCKW equipment.

Equipped with the dump body, the only two links with the truck chassis are : – the small shaft coming from the gear box PTO (Power Take Off) and going to the hydraulic pump – the linkage between the push/neutral/pull lever in the cab and the hydraulic distributor (raise, lower or maintain the dump body in position).

Additionally, the large diameter of the hydraulic cylinder entailed a rather low pressure thus allowing the use of ordinary engine oil, available everywhere (on the contrary, hydraulic oil was relatively uncommon at that time).

See it in working order!

The hinged partition folds easily, converting in seconds this tipper truck into a standard cargo truck accepting the cargo racks and the troop seats as well as the bows and the tarpaulin. Once covered and with its cab protector folded, one way to distinguish a tipper from a cargo is by counting the structural compartments on the side of the body : 3 for the tipper truck, 4 for the cargo truck.

used after the war as “surplus trucks”, the payload was often increased to 5.5 tons, sometimes even more!) 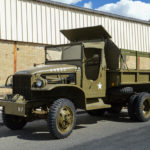 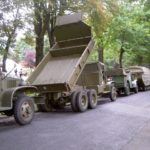 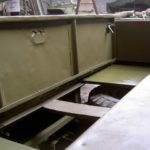 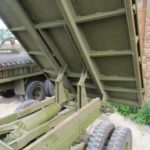 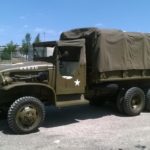 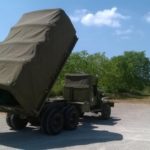 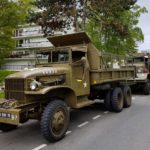