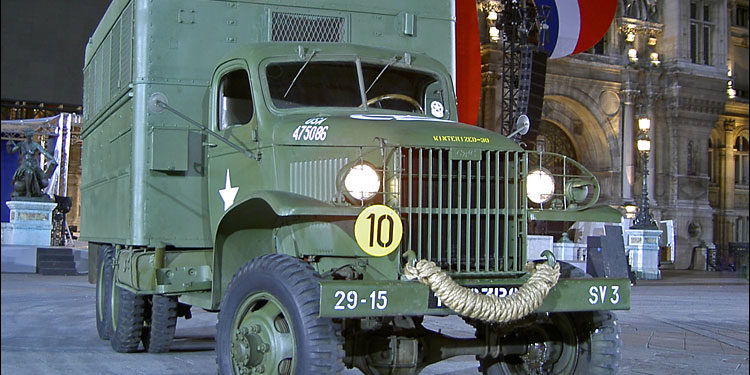 This standard “workshop body” was available in 17 main versions, each one with some variations.  Examples would be the light mechanics repair, weapons repair, maps production etc.. These bodies were also equipped with medical units for surgery, dental care or eye glasses manufacturing. Below is a set of two pictures of dental care units. The one on the right is a “US Air Force” unit based on the same standard body type as the one own by UNIVEM : small front center window, gasoline catalysis heater on the left.

Starting in june 1942, a first version referenced as ST5 was manufactured with a total of 2 050 units produced by Superior Coach from Lima, Illinois. Too large to be easily shipped to the battlefield, this version was modified. Referenced ST6, it could be shipped with the windows inside the body and the roof bolted much lower, at the bottom of the windows belt. The truck was then rapidly assembled upon reaching its destination. Almost 11 000 ST6 units were produced by 4 manufacturers :

All these different workshop bodies are described with a lot of details and supported by a lot of photos in David Doyle’s book  « The GMC CCKW truck in U.S. service »(Squadron Signal Editions)

During WWII, US Army vehicles identification numbers began with a specificic number the HVIN (Hood Vehicle Identification Number) ; there were 23 different types. As a few examples:

On its bumper now:

3A: Third Army composed with the 4th Army the 1st Infantry Division that liberated Paris.

ORD: the truck is part of maintenance vehicles (Ordnance)

704: the 7 states a maintenance vehicle and  04 the 4th Infantry Division

This is a rare version of the CCKW, moreover, this one is complete inside. 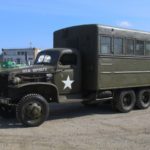 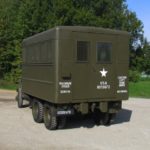 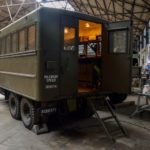 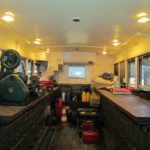 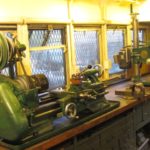 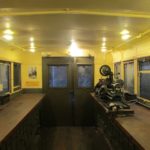 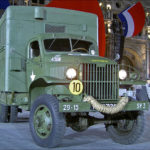 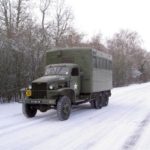 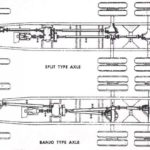