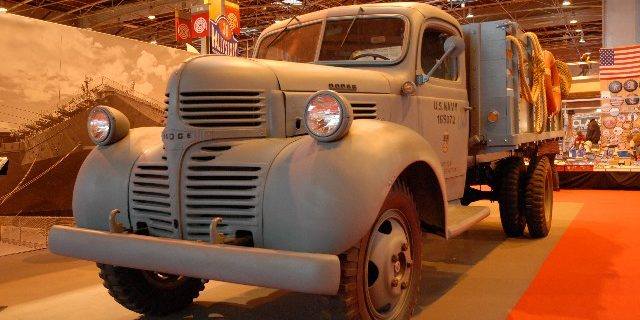 Originally manufactured in the US for civilian purposes, this truck has been adapted to British military specifications  and then manufactured in Canada. This truck became a movie star since it “played” in the 1953 famous French movie directed by Henri Georges Clouzot “The wages of Fear”. It was Canadian military Dodge despite its left hand drive , hence a T110 D60 L12. The truck actually restored in our garage is a civilian Dodge, manufactured in the US ; it is therefore correct to define it as a T110 since military versions were defined as D60 (Dodge 60CWT) and were manufactured in Canada. Numerous differences exist between the two versions, in particular left hand drive for the T110, Right hand drive for the D60. The American truck is fitted with a civilian instrument panel, the D60 with a military one. The American truck has one gas tank, the Canadian has two. The American truck has a one speed epicycloid axle, the Canadian is fitted with a two speeds Eaton axle. There are other differences on the Canadian : front push bar, hooks on the bumper, tubular lights on the front wings, lighting of the rear axle painted in white for black-out situation etc….

Our T110 is being totally restored. In addition to restoring the mechanical and body parts, we have to fully rebuild the original “stake and platform“ cargo area. We had the original side, front and rear slatted parts but badly preserved. The flatbed has been lost and must be recreated without accurate model.  What remains of the original stake and platform equipment is our guide.  The original iron fittings will be cleaned, restored and reused.

In September 26, 2015, for the first time, the truck moved under its own power in our garage. The refurbished clutch works adequately.

February 2017, the truck is displayed at the international show “Retromobile 2017” 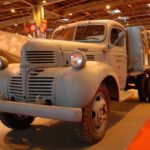 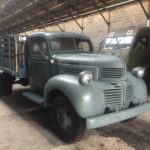 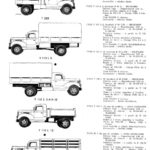