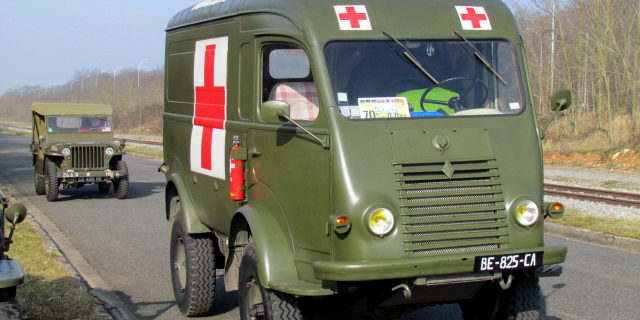 This light truck was designed and produced by Renault following a tender of the army which intent was to replace the Dodge WC51 and WC52 used by the French army since the end of war.
The 4×4 R2087 entered production in 1957 and has been in service until 1970 when it was in turn replaced by the Marmon.
The references of the vehicles that preceded the R2087 already began with the letter “R”, starting at the creation of the National Board of the Renault factories at the end of  WWII. For the following numbers : 2 is for gasoline powered utility vehicle, the second and third (08) are for the series and the last one (7) the model in the series.
Different versions were offered: ambulance, tarpaulin covered bed, command-car, tank carrier, flat bed (with a shorter version for aerodromes).
Besides the army this 4×4 light truck was used by firefighters, Civil Protection and the Post Administration.  It was also used by the civilians with a lowered version 4×2 called “Goelette” (which means “Schooner”).
Mechanically, the engine was derived from the Renault Fregate car, it is a 134 cui (2.2 liters) engine developping 60 hp. It has manual transmission where the first gear is not synchronized, banjo-type axles, four drum-brakes and a ground clearancethat enables it to handle some terrain. The 900×16 tires give it a nice look.
for daily use this light truck is sturdy and requires little maintenance.  The levels should be made regularly to ensure a maximum service life especially in its transfer case.  Only the rear axle shafts are a bit fragile. 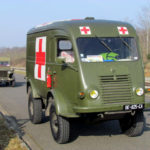 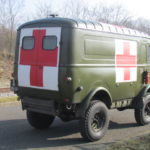 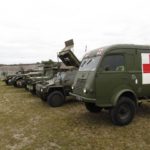 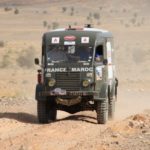