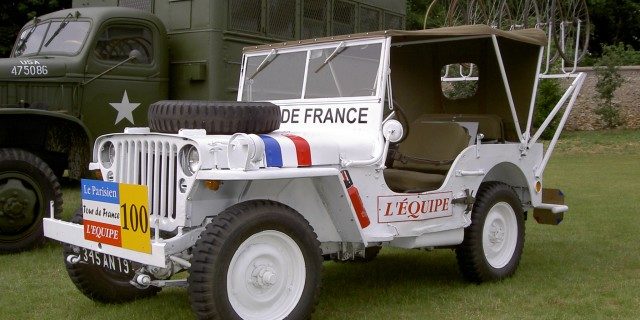 Faithful replica of a Jeep used by the “Tour de France” bicycle race organizers during the late 1940s and the early 1950s.
The organizers of the 1947 “Tour de France” had to find escort vehicles for the teams.  The Jeep was chosen by the technical managers of the race for its many qualities: convertible, economical to buy and maintain, very simple and offering an easy installation of bicycle racks.  For the 1947 edition a Jeep painted white, to match the color of the “Tour de France” vehicles, was assigned to each sporting director of national team racers.  Eighteen Jeep were used until 1955 by the “Tour de France”.  Thereafter, considered dangerous for their handling, they were abandoned in favor of more modern vehicles.
To revive this great page of history, Jean decided to paint his Jeep in white Jeep and to equip it with the bike rack.  Thank you Jean ! 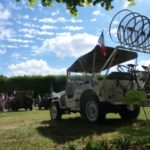 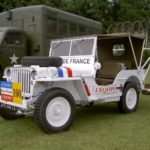 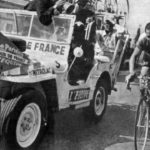