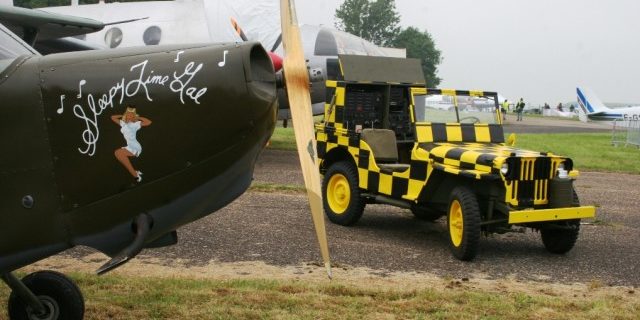 On the crowded airfields, sometimes in bad weather, these Jeep helped the planes find their take off point or else their parking spot.

Some planes offered such a poor ground view to the pilot that they needed to crab on the tarmac to better see where they were going.  For bigger planes that could not crab on the runways, an assistant sitting on a wing guided the pilot to his destination, an uncomfortable and dangerous position.

These guide vehicles were most of the time equipped with a radio allowing communication with the control tower as well as with the planes on the ground.

There was no specification for the painters as to the size of the squares.  All sorts of patterns are found in the archives pictures, showing that everyone managed on their own to produce a very visible vehicle.

Well done Jérôme, this distinctive vehicle was clearly missing in the collection gathered under the roofs of UNIVEM ! 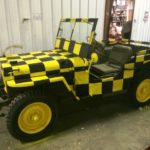 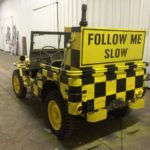 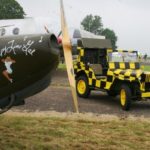 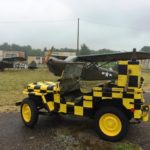 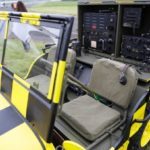 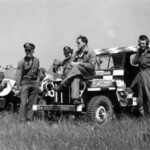