Gathering of classic cars in Meudon 2020 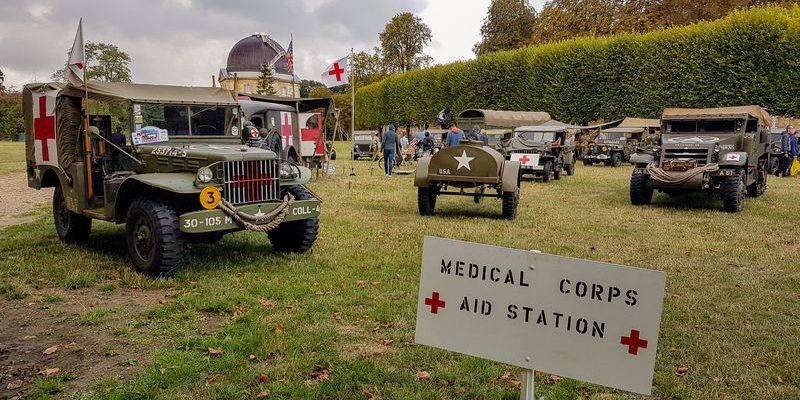 Again, UNIVEM was invited by the “Vincennes en Anciennes” association (an association of classic cars) to attend the arrival of their famous event, the “Traversée de Paris”: hundreds of classic cars driving through Paris on Sunday morning. The finish line being in the castle of Meudon, which is on the edge of a wooded plateau, that offers views of the Seine and Paris.

With the Corona crisis, this year’s theme was about the US Medical Corps during WW2 to pay a tribute to the health care workers. The Jeep Willys and the M3 Half-Track were given big red cross and strecher struts (field improvisation, like during the war!). Members of UNIVEM also brought a Dodge WC-54 ambulance, a WC-51 (also converted to ambulance), and a Cushman airborne scooter replica. Tents and other medical equipments completed the exhibition that was a huge success with the public. Also to mention, the first outing of the 1 ton water trailer, freshly restored. 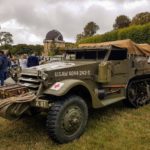 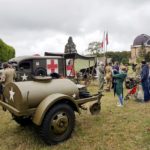 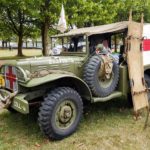 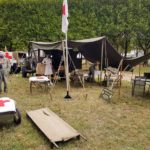 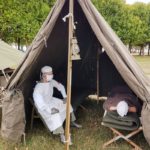 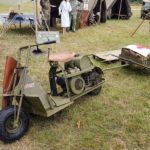 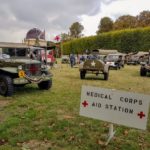 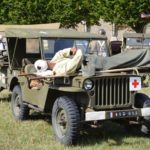 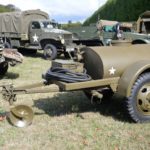 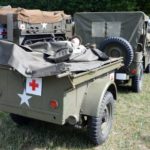 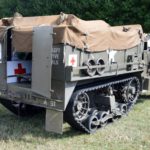 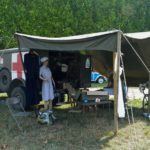 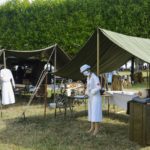 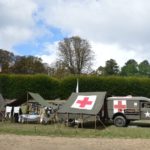 Other vehicles also came: the International M425 and its semi-trailer, the Half-Track M5, the Dodge Command Cars, the GMC CCKW dump truck and cargo, the Renault VBL, and several member’s Jeeps: again, a great convoy coming from Satory and a new successfull day for UNIVEM, despite the heavy rains of the day! 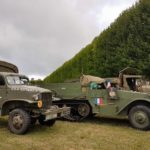 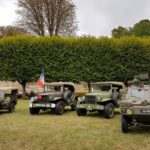 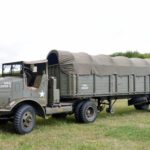 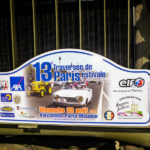 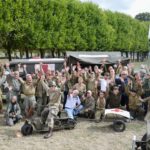