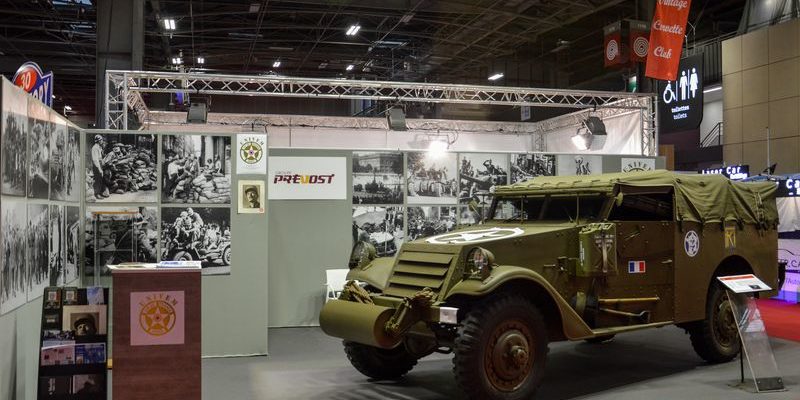 This year again, UNIVEM participated in Retromobile, one of the biggest classic car show in Europe.

We chose to display a stand in the theme of the French 2nd Armored Division, with the Scout Car as a vehicle, as it was recently repainted in the colors of this famous division. It came by its own means by the road, passing by the snowy landscapes of the Paris area. During all the event, people came in large number to ask multiple questions about the vehicle and the association. We had a partnership with the Leclerc Foundation, whose president General Bruno Cuche, went to see us on our stand. The Leclerc Museum lent us documentation and a borne of the Liberty Road to expose on the stand.

On the stand next to us, the Saumur Tank Museum brought several Renault tanks, celebrating the 120 years of the automaker: a FT of WWI, a huge B1 Bis, the only one in working order in the world, a R35, and an AMR 33. Another association brought a TRC 36R to complete the display. On the outside, the museum did dynamic presentations with a M7B2 howitzer motor carriage “Priest”.

Among all the beautiful cars, some other military vehicles could be seen such as a rare Citroën FAF 4×4 (Facile A Fabriquer / Easy to Produce), an economic vehicle based on the 2CV and aimed to the developing countries. A Kettenkrad, a WW2 German half-tracked motorbike, was also presented on the Artcurial stand. 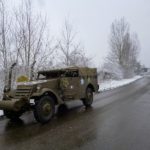 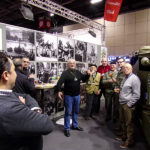 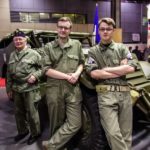 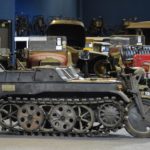 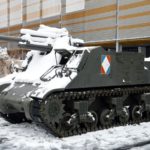 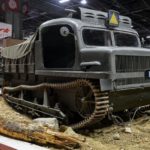 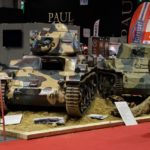 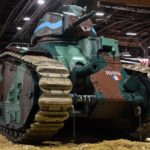 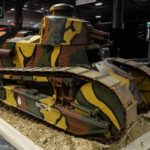 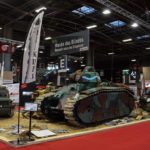 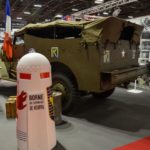 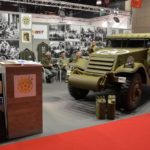 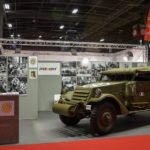