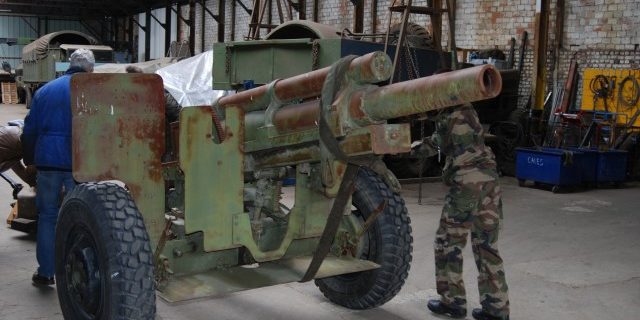 Our neighbors of the STAT (Services Techniques de l’Armée de Terre) helped us by supplying  all the wood pieces for the Dodge T110 stake and plateform, and we help them with the restoration of their preserved artillery piece.  Goodwill to serve the preservation of heritage, what else ?

December 2016: following a lot of preparations, the atillery piece is sand blasted and painted.

The 105mm « 105HM2 » howitzer was manufactured in the U.S. during WWII.  It is well adapted to support infantry as well as to destroy light field constructions.

At the beginning of the war, the 1924 model of the 105mm howitzer rapidly showed its limits.  It led the U.S. General Staff to seek its replacement by a more mobile towed howitzer, rustic and easy to service, with wider horizontal and vertical fields of fire.  These characteristics are those of the 105 HM2 A1.  It is usually towed by a 6×6 GMC CCKW 352.  Beyond its caliber it compares, as far as its qualities are concerned, to the French 75 gun, model 1897.

It was found on different vehicles, especially on the Sherman tank M3 where it became the 105 HM7 Priest.  It also equipped the French infantry artillery divisions in 1943. 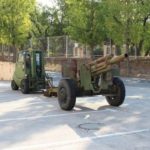 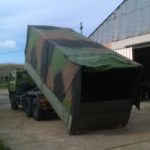 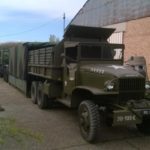 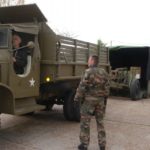 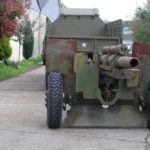 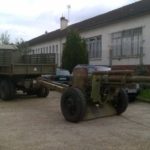 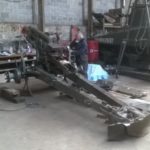 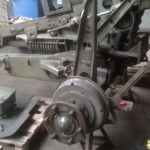 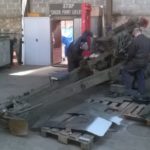 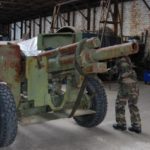 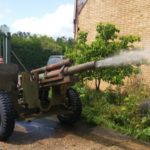 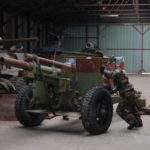 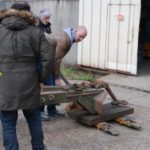 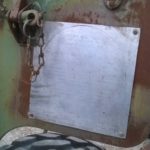 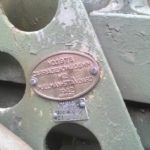 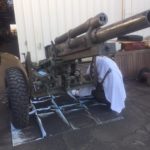 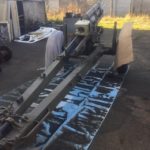 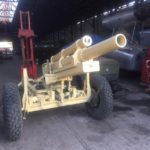 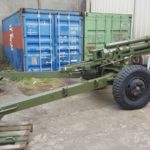