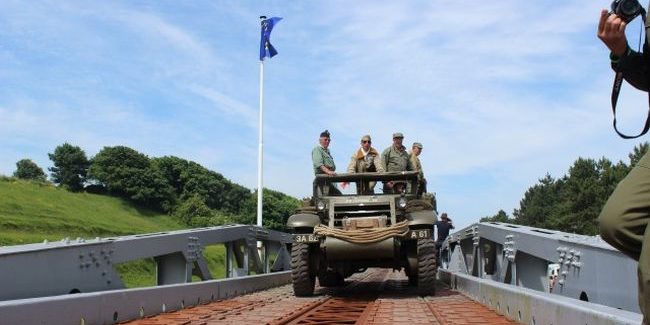 This was obviously the highlight of the year for which everyone felt that it would be forever unique since the last “decade” celebration that could be organized around veterans of the Second World War.
We all remained with stars in our eyes, tired but delighted by such a concentration of emotions, from the simplest to the most poignant. The presence of Bill Elwood, John Dough and Trippon Cahow, brother of a veteran and himself a veteran of Korea, gave meaning to our action as never before. Unfortunately we were all shocked and saddened by the unexpected death of John and Bill shortly after their return to the United States. All these memories are still dancing in our minds: the beach at 06:00 am, thousands of flowers thrown into the sea, the human chain, a meal with German friends, the “Lakeshore Lancers Marching Band”, the Mass in the Castle park, our vehicles on the “Whales” floating bridges, the trip at sea on board a GMC DUKW amphibious, fireworks synchronized all along the coast, the highly symbolic flight of thousands of lanterns into the night and then this incredible concentration of historic vehicles ! We cannot forget in this brief evocation the hospitality and kindness of the Hausermann family that helped give full dimension to our adventure in the beautiful surroundings of their castle which still bears many of the scars of the fightings it witnessed.
Our camp, “Green Dog Camp”, covered 3 hectares, brought together 335 participants from 14 countries, 21 clubs and 175 vehicles. 4 convoys were organized in the surrounding towns and villages, to the delight of the people. 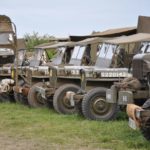 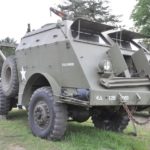 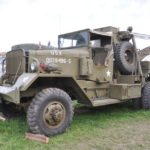 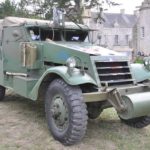 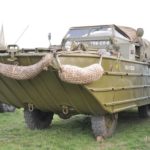 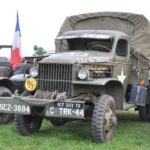 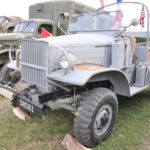 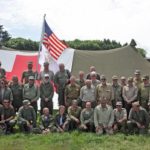 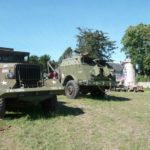 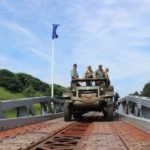 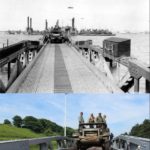 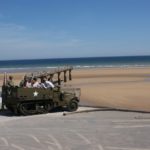 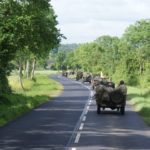 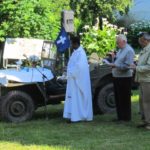 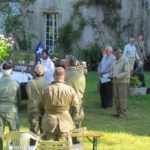